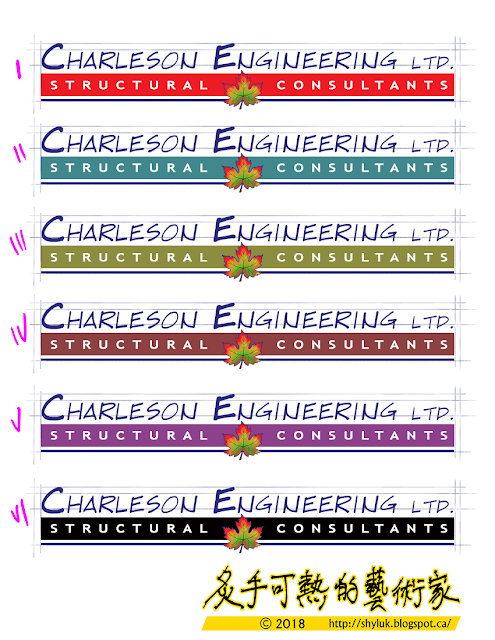 Mr. Charleson also wanted to see different colours, so these were the colours I chose.  I had some room to play with Structural Consultants so I placed a colourful maple leaf in the middle to make the logo more Canadian.

At the end of the day we came to the realization that we could veer away from red if we had to, but other than that we did not come to an agreement on how the logo should look yet.