People have been wondering if I would start another icon.  Now that we are into Autumn, and I normally produce one by around Christmas, this photo should answer the question.  Every week, more or less, I will post some progress on this icon.

It's called "Our Lady In Throne", and it has the figures of Christ and his mother Mary seated on a religious-orthodox throne.  This icon is a bit larger than twice as large as the ones I have been attempting before.

I took this photo after laying down the gold leaf.  You can tell by the lines and the ragged edges that the gold is still in a rough state.  I'll carefully brush away the excess gold and flatten and seal the gold in place.  People wonder how much gold goes into an icon.  The market price, give or take, is around $1113 USD per ounce.  I believe I've used around a tenth of an ounce, so I am estimating that the gold in my projects costs $120 to $150 dollars, making "gilding night" an expensive enough way to spend a couple of hours in the service of creating artwork.   Of course, larger icons require more gold, and likely it costs more if I used a more advanced technique than laying gold leaf.

Some people gild for a hobby or even as a profession.  I'll need  many more tries before I could be that good at it. 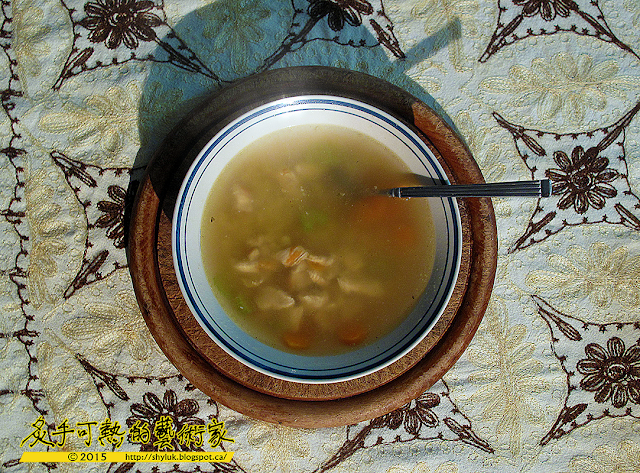 Fortunately, I had some leftover broth in the freezer from the last time I smoked a whole chicken.  I added onion, celery, carrots, and meat to the broth to make soup.  I had alphabet pasta, too, so that when you stirred the soup, it spelled "GET WELL SOON". 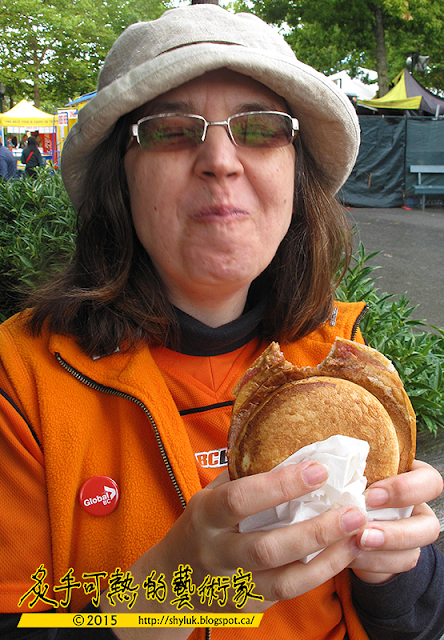 I wasn't too sure I wanted to post this picture, but JSVB is short on posts.

It's a photo I took of my wife eating a snack called a "Fat Elvis".  It's chocolate ice cream, crunchy peanut butter, bananas, and strawberry jam fried inside a brioche bun.  A couple of days after taking this photo, she got really, really sick. It's debatable whether the Fat Elvis had anything to do with that.

In 1965, The King recorded a single called "Hard Luck Blues", which I suppose would be the intersection of his music and our luck right now.  He had a fantastic voice for the blues, it would have been amazing if he had made more music in that genre. 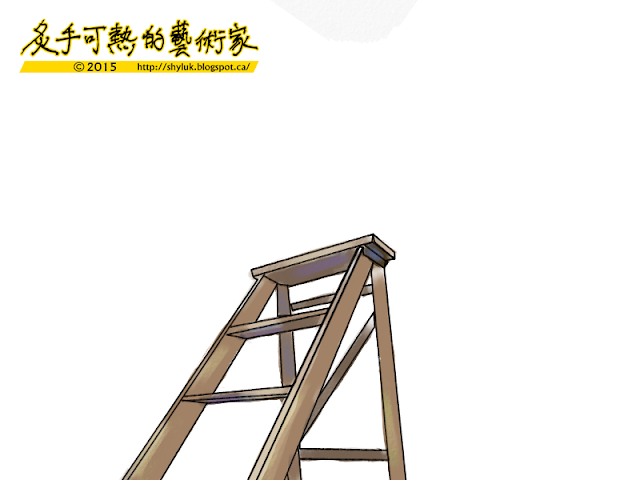 seldom has the same number
of rungs descending 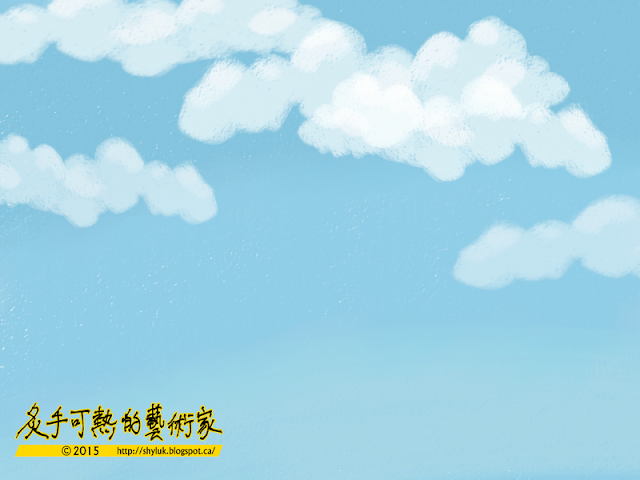 A cheery cartoon sky that took less than five minutes to render.

In today's JSVB Post, it looks like I am eating a turd.  I AM NOT EATING A TURD.  Never have, never will.  Yet, if the sight of this might offend you, don't scroll down. 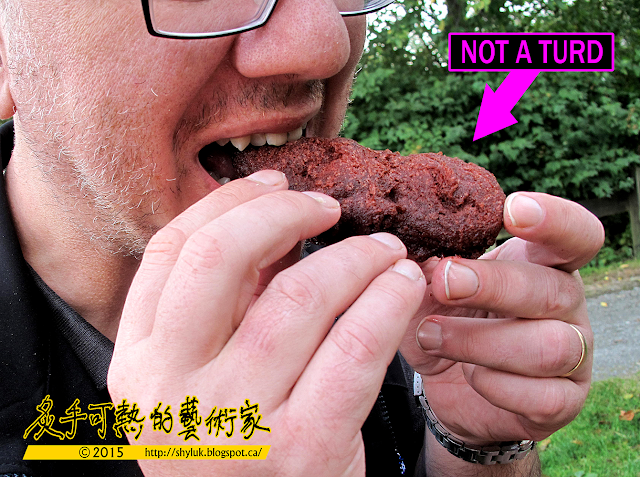 A picture of me not eating a turd.

In reality, it's fried chicken coated in red velvet cake batter and then fried again.  Not bad at all, and I've got a fair idea of what it will look like a day and a half from now. 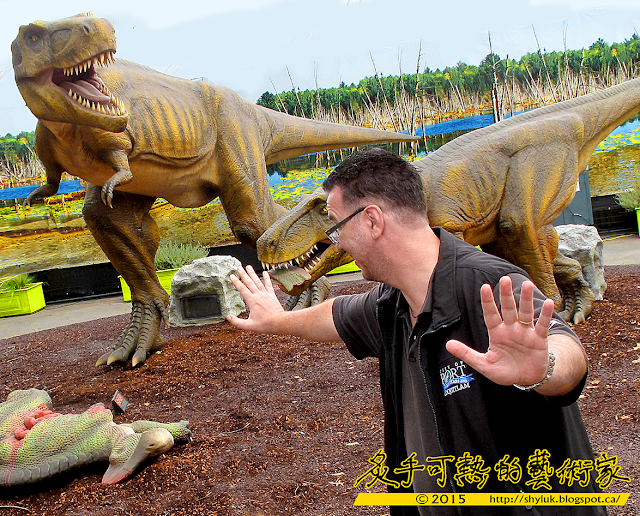 Today is the thirteenth of the month, making it yet another Ungood Art Day.  Some Ungood days fall in the middle of Ungood months where I accomplish scant little artwork.  This month is one of those months.  If I don't have any Ungood Art, I'll just publish a photo of myself doing something stupid.  Me doing stupid things is often the germ of a great Ungood piece, so I post these dumb pictures in the spirit of Ungoodness.

The dinosaurs are real animatronics, and that's me channeling Chris Pratt as best as I know how, so there's not as much Photoshop in this pic as you'd first suspect.  However, I did enhance some of the elements to make the composition look more dramatic.  It's still stubbornly Ungood, though.

I came across this piece of candy the other day: it was a little bit of licorice with a cute panda animal face.  One end got squashed in the package, though, and the smile printed on the marshmallow part got flattened into sorrow.  A squash-and-stretch bi-polar bear, if you will.

Never was a truer piece of candy ever manufactured than this.  Too much truth for me to swallow, literally.

Well, that took a long time to sort through.  I apologise for the delay.  I've got a lot of things to get done that aren't near being finished.  You should see my JSVB post on artists' block.  It's one of my personal favourites.

Anyways, an animated ruff of an Edmonton Eskimos flag.  It's not done and it's dodgy, but the basic idea is there and that's good enough for me right now.