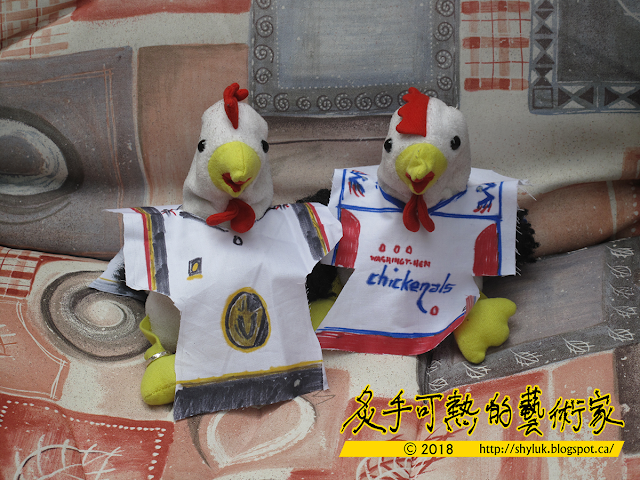 Another year goes by, and I end up fabricating NHL jerseys for our television-watching chickens just in time for the playoffs.  Neither Washington nor expansion team Las Vegas have been to the Stanley Cup since I started making shirts for chickens, maybe ten or fifteen years ago.  So, I present the Las Veggas Golden Yolks and the Washingthen Chickenals.  My playoff bracket has the Chickenals beating the Golden Yolks... maybe in Game Six?

Here are my bracket picks for the 2018 NHL playoffs.  I realize this would have been more entertaining has I posted this at the beginning of the playoffs rather than at the end, but I did not believe that I would have predicted the entire bracket!  I also know that if I had put money on this, I would have won a fair pot.  This bracket was just for bragging rights, which I am exercising today.  The last couple of times I put real money down on the playoffs, I never made it out of the first round.

So, it looks like I have the Washington Capitals to win the Stanley Cup.  My guess is that Alex Ovechkin will be on a mission to hoist the Cup now that Sidney Crosby is relegated to watching the games on television just like the rest of us.

For the first time in my recollection, every plant on our property has bloomed all at once.  It's been a dry spring with spikes of heat and humidity, so I suspect the plants have been shocked into producing their flowers.  From right to left: a rhododendron bush, another rhodo, a third rhodo (all different colours), a lilac, some geraniums, and yet another rhodo, although this one is native to the region.

Generally they bloom from right to left.  This year they are all blossoming, and it's too early for the bees who haven't quite yet started hunting for pollen. 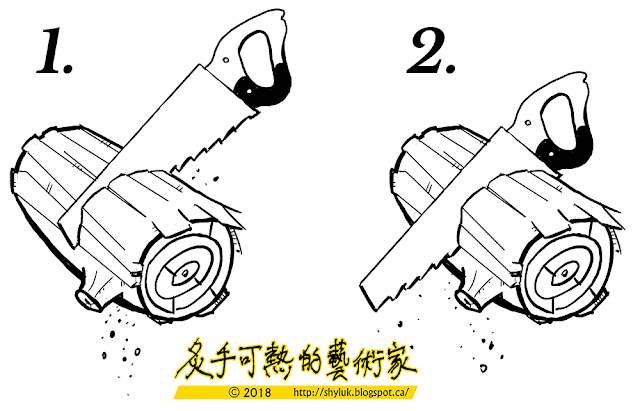 Two positions for a disembodied saw cutting through a short log: the international cartoon icon for snoring in your sleep.  Probably not the most considerate thing to put on JSVB right after a Twin Peaks themed post. 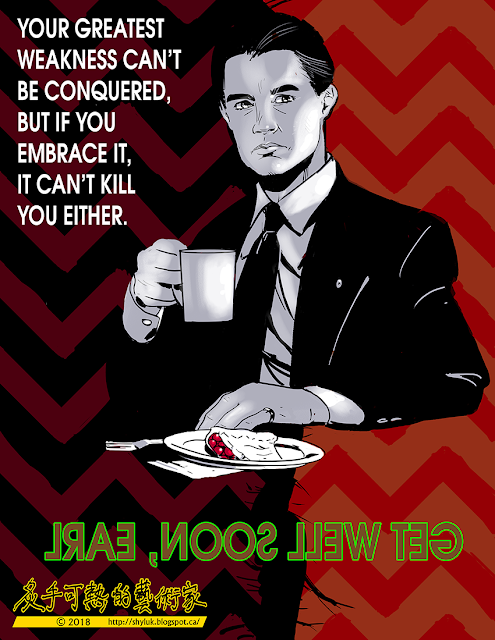 My friend Earl has double pneumonia!  He's on the mend, thankfully.  I'm sending him this Twin Peaks themed get well message.

As a note, the quote isn't from Twin Peaks at all.  It's from another FBI agent in the television show "Quantico".  However, I'm certain Agent Cooper pictured above would have said it sooner or later if he could. 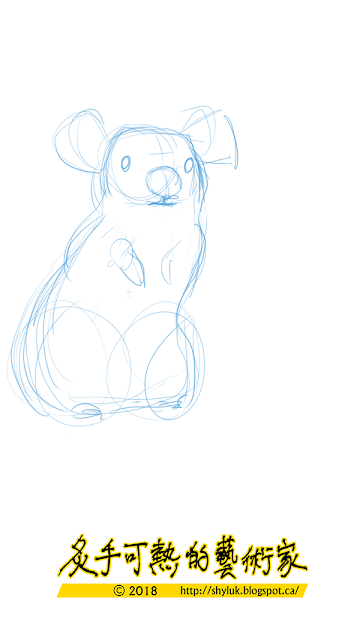 Ungood Art Day is traditionally the thirteenth day of every month on JSVB.  I've been drawing a lot of hamsters lately.  This one is a sketch I was working up.  I guess it really isn't bad, but it's not good either.   It's ungood. 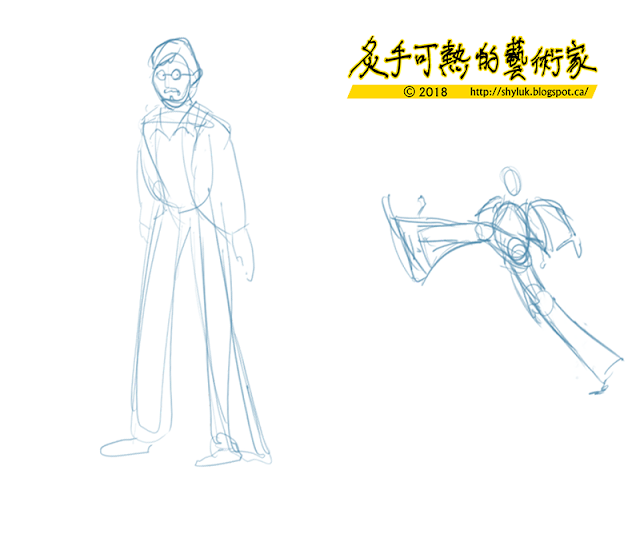 In order to complete my vision of me in Pepperland from the movie "Yellow Submarine (1968), I needed a quick model of myself.  This is that sketch plus a pose to show me giving a good kick. 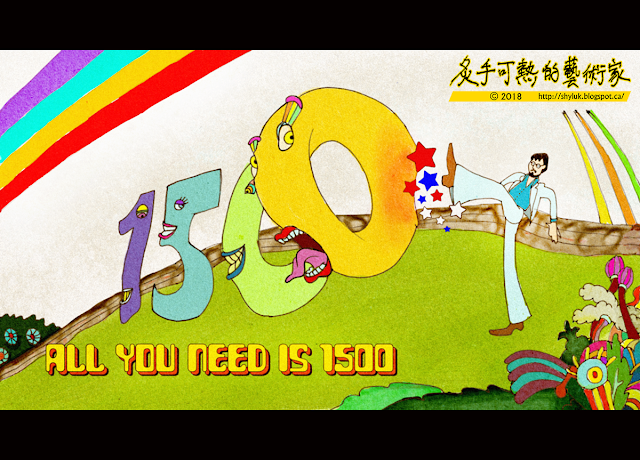 Prominent illustrator Heinz Edelmann was the art director for the third Beatle's motion picture "Yellow Submarine" (1968).  According to the animation director Bob Balser, at the point where the production ran into money trouble Heinz Edelmann said: "I have an idea, we can fill the screen with numbers and it will be very cheap!"

Today's JSVB post is a screen filled with numbers.  Some time ago around two months back, I had by mistake started to mis-number the entries in my blog.  I'm reasonably certain that I am the only one who cares about this since I was the one who caught the error, and this after a couple of dozen entries had been posted.

It's not important, except that I like to post significant artwork every 100 posts.  As it happened the Enterprise Fantasia on JSVB Post #1500 turned out well, so I don't feel bad about that entry (click here to see it!).

I drew myself into Pepperland in the psychedelic style of Heinz Edelmann, giving the boot to 1500.  I did have something nice planned for my 1,500th post, but thanks to my clerical error I will just have to share it later.