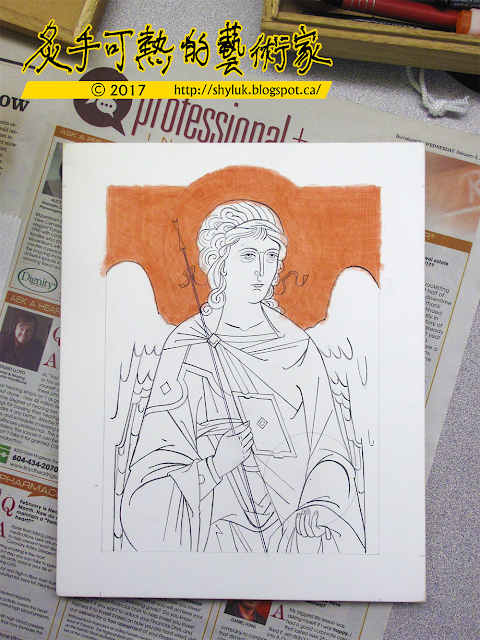 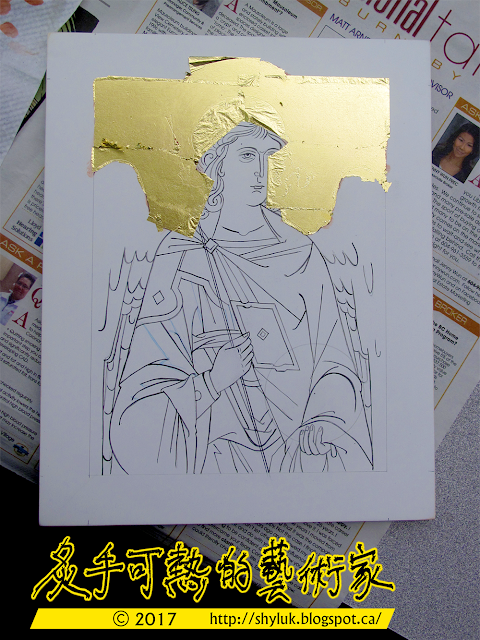 So I stopped blogging for quite a bit longer than I had anticipated.  I even got used to not blogging.  The Earth kept spinning, bills kept coming in, and Star Trek started a new series on television.

I'm starting another religious icon, this time the Archangel Gabriel.  You put Gabriel on the left, Archangel Michael on the right and Mary, Jesus, and the Holy Spirit in the middle, and you have a traditional triptych, an Orthodox arrangement of three icons.

Beginning a triptych means I'll have the material for a number of posts, so this is what brought me back to JSVB.  I already have a few dozen posts describing how icons are written, so I doubt I'll discuss the process much anymore.  I will try to be more diligent in posting, though.  Promises, promises, right? 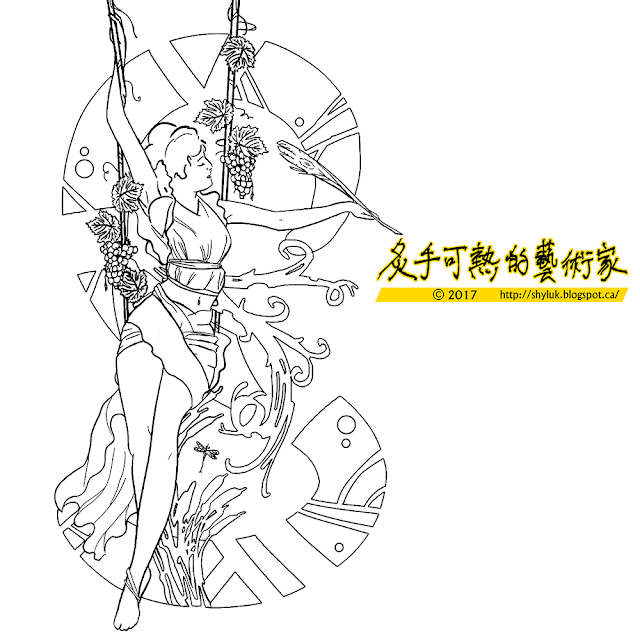 I finished inking the girl on a swing.  I've given her a quill so that she can illuminate text.  I'm thinking of using her as a header for some of my infrequent letters, her pen will start whatever I am thinking of writing.  ("Dear Advertisers, I am disgusted with the way old people are depicted on television. We are not all vibrant, fun-loving sex maniacs. Many of us are bitter, resentful individuals who remember the good old days when entertainment was bland and inoffensive. The following is a list of words I never want to hear on television again. Number one: Bra. Number two: Horny. Number three: Family Jewels.")

If you are curious, my drawing is intended to emulate the style of Art Nouveau.  In the industrial era leading to World War One, new techniques in publishing allowed a greater population access to art.  Mass advertising in particular became cheaper and more prevalent.  The art world responded to an increasingly mechanized society with intricate and detailed designs that chose to exhibit Nature as the primal force over Man.  Geometric designs contain natural forms, but not completely.  Nature is tamed using carefully-placed lines, but remains unruly and unpredictable.  Man can hope to rein in the macrocosm, but only for the short-term.  Predictive of the awful cataclysm of the Great War, Art Nouveau seemed to be the last pure form of global culture before the world descended into fanatical patriotism.

All that, and the Art Nouveau artist also gets to draw lots of pretty girls with really long legs.  Priorities remain important! 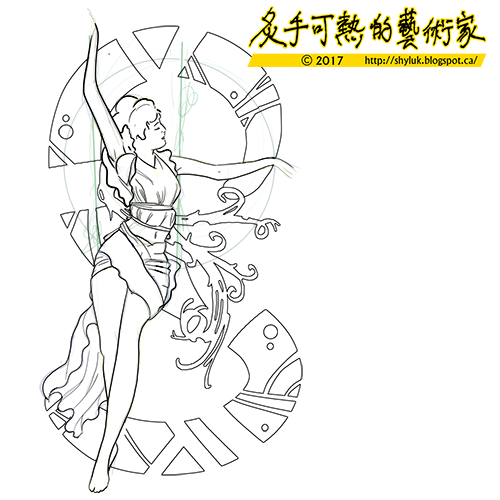 I decided to ink the drawing of the girl on the swing.  Since I cleaned up a bunch of the pencil lines, it's hard to see the swing but it's there.  I've got the inkling to do more inking anyways: this drawing needs to be finished. 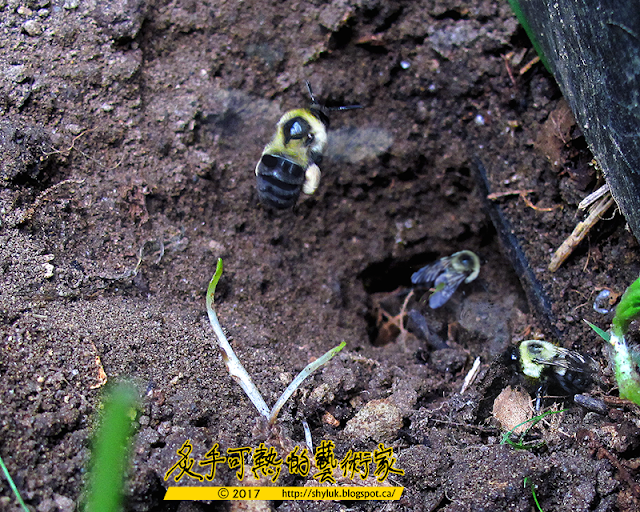 Bees took up residence under our compost bin.  Partly this is a comment on how much yard work I have been doing lately, since I haven't been out and Nature is moving in.

My wife and I decided to look up which species has taken over our garden.  Our guess is Bombus vagans, commonly known as the Half-Black Bumblebee.  It's a species that ranges across both coasts of North America and as far south as New Mexico.  Although considered a common species, all bumblebees are currently under threat from disease and environmental conditions.

My camera has a remote trigger.  I set it up at the entrance to the hive and waited for bees.  I took a bunch of shots but they all turned out blurry and mis-exposed.  I also have a whole series where the bee flew out of the frame before I could snap the shutter.

This one turned out well, though.  These bees are making good use of the entrance to their hive.