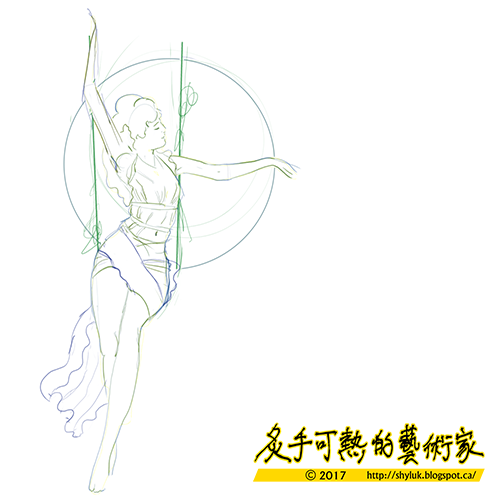 From my sketchbook: a girl on a swing.

Every hundred posts on JSVB I like to celebrate by showing something I think is special, and if possible something that challenges my artistic boundaries.

For JSVB Post #1400 I present "Sean Bruises His Shin", a fully hand-drawn and painted artwork in the manner of master woodcut printer Hokusai from the Edo period of Japan's civilization.   Back in February my friend Sean bruised his shin, and more or less it took me until today to commemorate that event in a wildly intricate and desperately trite Internet meme based on designs from over three hundred years ago.

The poem I wrote - a haiku - in the corner reads: 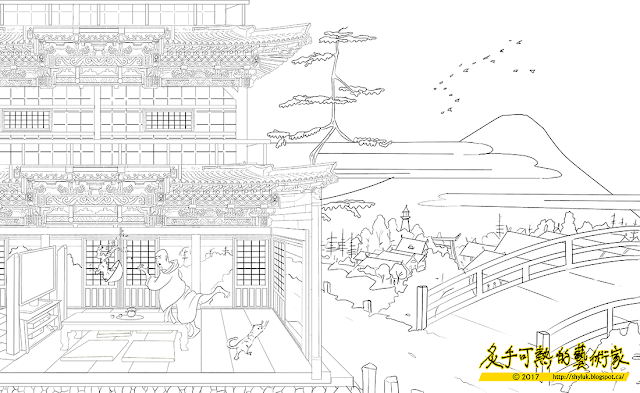 Back in February of this year, my friend Sean tripped and barked his shin.  My friend Earl, his brother, commemorated the event with an Internet meme illustrating Sean's cat witnessing the injury with a maximum of feline dispassion.  As cat memes go, I thought it was funny.

At the time I was playing with perspective in artwork, using lines to angle towards a visual vanishing point to make drawn elements appear to be three-dimensional.  I made an Asian-style building as practice.  Then I started thinking of adapting the building into a Sean-barking-his-shin cat artwork.

Yup, that's a stretch, but I figured why not spend months working on a piece that's a joke only a couple of people will appreciate?  If it's the chance to emulate seventeenth-century Japanese woodcuts, then I was ready to do it!  In the drawing that's Sean, Sean's cat, Sean's television, and Sean's popcorn, all transported to the village of Oshino Hakkai four hundred years ago.  I guess if the time travel were sudden enough, this would cause Sean for certain to bark his shin.

It took a while to work up this drawing.  It's modeled after the artist Hokusai, who was in feudal Japan famous for ukiyo-e, which is a form of painted woodcut art print.  So: an art history lesson.  The printing press was responsible for bringing the written word and artwork into the hands of the regular man and woman.  Without printing, duplicating books and art was done by hand, which meant that only the wealthy could afford copies of art pieces, and only the super-wealthy could afford originals.

The Japanese did not have the printing press at the same time as Europe, instead, they developed methods of woodcut printing which preserved the character of both line art and Japanese writing, since Far Eastern drawing and calligraphy are nearly the same thing and require the same skill set to be mastered.  Woodcuts could not make as many prints as a press, but the method of production was cheaper, faster, and more adaptable.  Hokusai is said to have made 30,000 or more drawings, many of which would have made it to print through his workshop.  These prints were extremely popular with the Japanese merchant class.  Most pieces provide concise, romantic, beautifully composed scenes of Japanese nature and civilization at the time.  Hokusai's own daughter pioneered erotic woodcuts, which created the first international boom in the business of pornography.  Other artists depicted historical scenes, some of the fantastic samurai battles serving as source material and storyboards for today's spectacular motion pictures.

Hokusai's definitive line work and colour schemes provided inspiration to European artists during the Impressionist period,  Matisse and Degas in particular were champions of the Japanese art movement.  Hokusai continues to be an influence today, whether through stylized manga comic book art, or else through the visualization of clean-lined printmaking in modern art styles like art nouveau.

The next step for me is to colour this piece.  I've done a couple of preliminary watercolour tests, and this artwork will really pop when I am done.  I'm going to try to emulate Hokusai's colour washes and gradients as best as I can, which will mean a lot of hand-rendered painting.  Seeing as the next JSVB post will be the Number 1,400 Spectacular, this is what I will work towards and so JSVB 1400 will be this drawing in full colour.  Be sure to watch out for it soon! 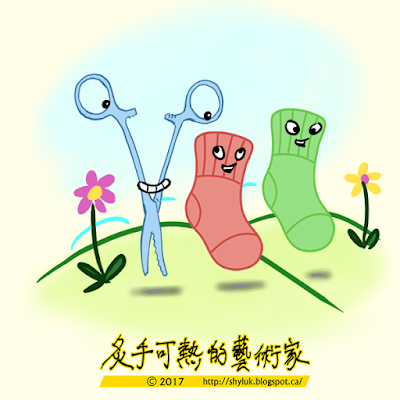 "The Land Of Lost Socks" is my wife's euphemism for when things we need to find have gone completely missing.  I don't have a strong explanation for why surgical forceps would want to be in The Land Of Lost Socks, but a rogue hemostat would not be the first nor the last thing to end up there. 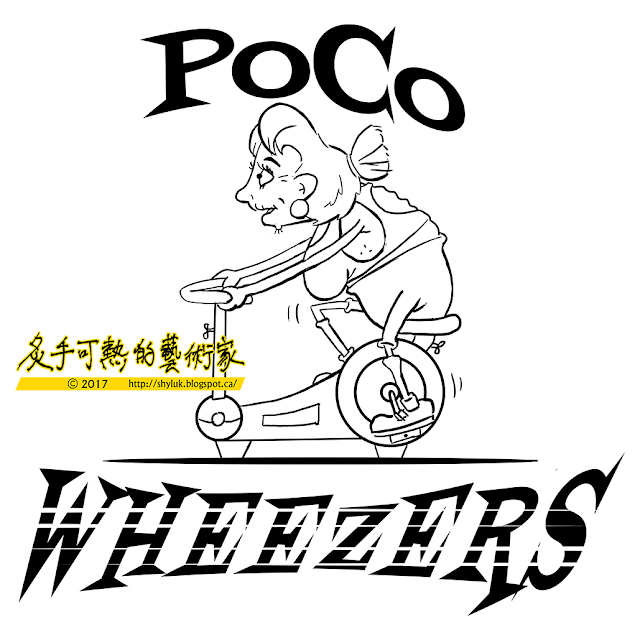 Before the client shot down this idea for the PoCo Wheezers, I was able to adapt the male figure in the logo to a female one - I was working very quickly.  This allowed the client to refuse both ideas at once, which is pretty efficient.

There's no worry or waste, though, maybe some time in the future, someone will want a picture of a senior citizen on an exercise bike, and I will have these on hand. 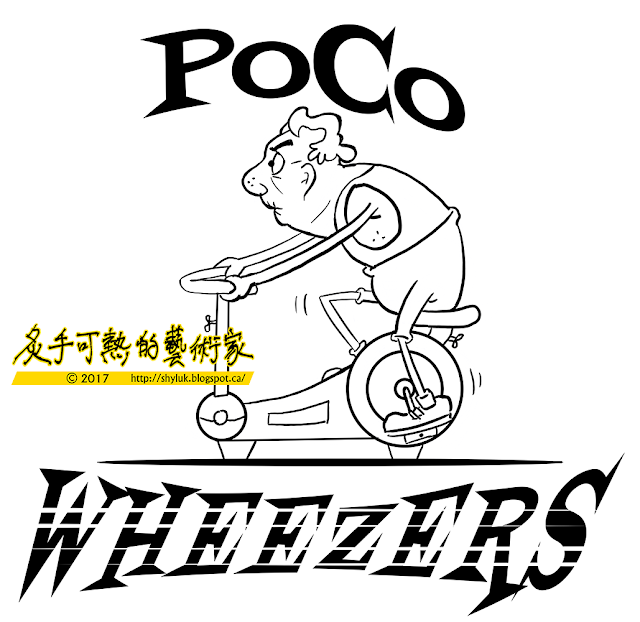 I thought I'd show one of my iterations with the Wheezers.  I settled on this as my final design.  It's got a lot of great things going for it: I drew it well, I drew it blindingly fast, it's funny, and it manages to couple the wheezing theme with a fitness theme.  Naturally, the client hated it more than anything else I had come up with.  There were no strikes against the artwork or the humour, just that they wanted something far, far more dynamic and far, far less old-people-y.

This logo I made for another cycling team.  Whatever virtues it has, getting it drawn up in record time was the most admirable.  The client didn't mind that I re-composited The Four Horsemen into The Tri-City Rollers, and even splurged for yellow ink.  Yellow!  I almost asked for plaid.... 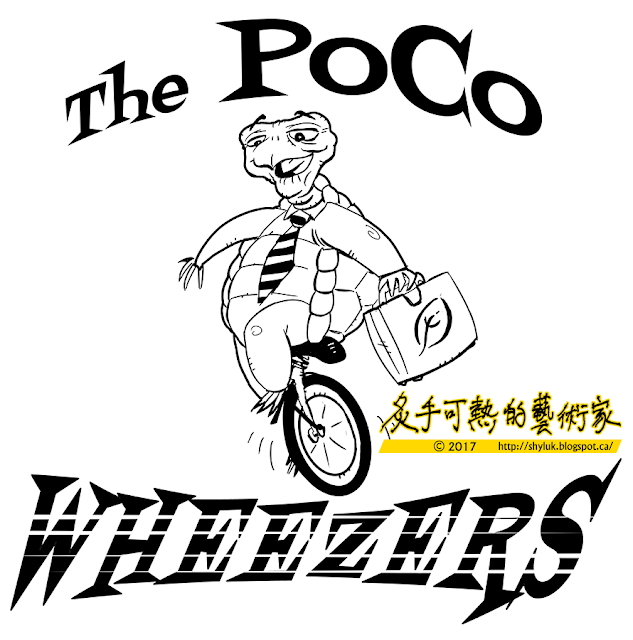 It's a turtle, not an alien.  One of many indicators that this design didn't achieve its goal of letting me have a nice easy afternoon of not massaging the ego of the client.  In other words: Ungood Art.  Seeing as today is the thirteenth of the month, traditionally Ungood Art Day on JSVB, I thought I'd better show this turtle.  Or alien.  It doesn't matter, as the design got dumped.

The PoCo Wheezers are a corporate bicycle racing team who wanted a logo that showed them being athletic and maladroit at the same time.  Thanks, corporate team.  At first, I considered a turtle, which is a slow animal. The turtle wasn't enough, but a turtle on a bicycle didn't appeal to them so I tried a unicycle.  That appealed less, somehow.  The drawing is pretty good as long as you don't mind E.T. The Extraterrestrial wearing a necktie and carrying a briefcase to make him look more like an executive.  Although I ended up doing a lot of work leading up to the deadline, I agreed that this design was too Ungood to be used.  Who knows, though, maybe someday someone will want a reptile riding a unicycle.

Even more Ungood were my attempts to put a human face on the turtle.  Knowing that all you really need is the expression in the eyebrows and the appropriate crookedness in the smile to capture any human face in caricature, I made the attempts below.  It turns out that eyebrow expressions and smile crookedness is really hard for me to draw. 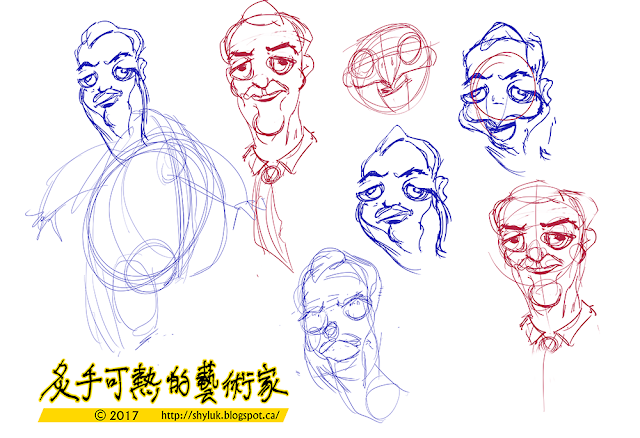 Being an artist is almost exclusively about making bad decisions, starting with the one where you decide to become an artist.  All the artists I know are fully compatible with making mistakes, and are used to them by the time they've made something out of their careers.  Experience teaches the artist how to overcome those gaffes and salvage something useful out of the effort.  An artist's technique is equal parts skill and the ability to overcome pitfalls.  There is always a budget for error, something that many clients don't grasp.  The corporate world doesn't like to reward mistakes, at least not under public scrutiny.

Of course, like the baseball player who swings at futile pitches, the artist won't get anywhere on blunders alone, home runs have to be hit eventually.  Any artist who perseveres will learn how to master their craft and score those runs.  The difference is: will the stadium be crowded with fans, or will you just be hitting rocks with a stick in the backlot of a deserted warehouse? 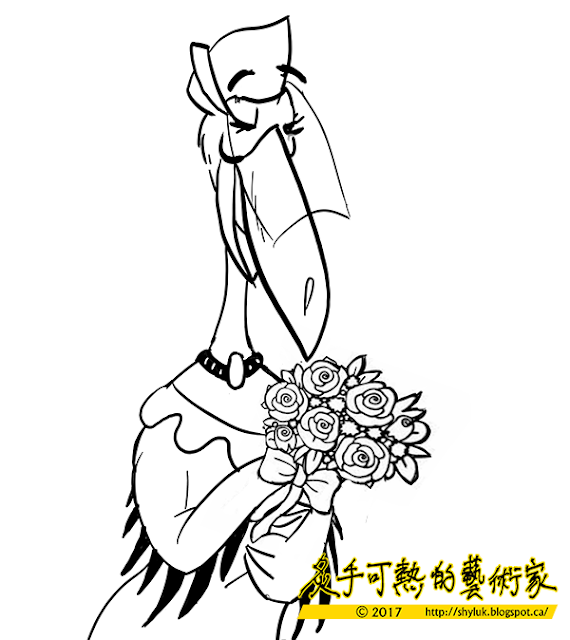 Seeing as five ladies my wife and I know are getting married... not to each other... I adapted my Stork character into a bride.

Also since today is our wedding anniversary, I kill two motifs with one bird.

Someone's been reading my pleas to buy more art: I've been busy lately.  Above is a logo I designed for the Port Coquitlam Wheezers, a corporate bicycle racing team.  It took me six tries to get the logo down to something they liked.  We all got stuck on how the Wheezers are supposed to be old and decrepit, but that they wanted their logo to be zooming and fast.

To make the logo sing, I jettisoned ninety percent of the artwork, some of it good and some of it ungood, and just went with Typodermic's  transcendent Fontdiner Swanky typeface, which I had to modify extensively. 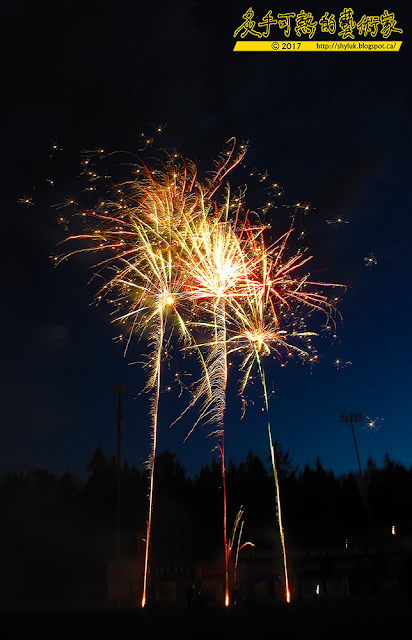 Happy American Version Of Canada Day to all JSVB readers from the U.S. of A.! 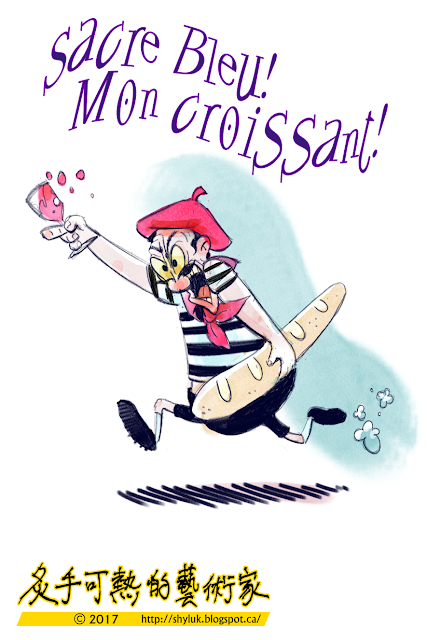 The other day here on JSVB, when I was describing a crow that had pilfered an entire croissant, I imagined the steroetypical Frenchman from whom the bird would have stolen that pastry.

So as an exercise, I decided to draw that Frenchman.  God bless the French, who seem to embrace this sort of stereotype!

Happy 150th birthday, Canada!  Mayor Greg Moore wishes all Canadians the best on this occasion, since he's the one pictured on this web banner I made.  It's safe to say he speaks for me and JSVB on this great day!